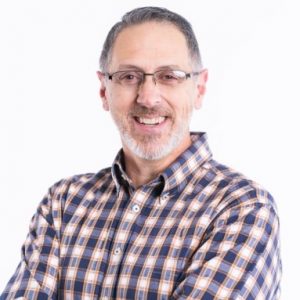 Cranford has been fighting to save those in need since he was old enough to hold a G.I.Joe and a box full of plastic green army men.  Back then he was saving the world from monsters and cartoon villains.  A lot of things in the world have changed through the years, but Cranford’s desire to fight for others hasn’t, and there are still monsters and villains to deal with.

In high school he volunteered on a rural fire department and for a local rescue squad.  As soon as he was old enough, he joined the Army.  Because of his test scores, his recruiter said he could have any job in the Army.  Without hesitation, he chose the infantry.  Surprisingly, his recruiter tried to talk him out of that decision.  But Cranford was determined to be on the front line of those who fought for the safety of our nation.  During his tours in the US and Europe, he trained constantly.  Even when his units weren’t training, Cranford would be reading about military tactics and combat techniques to become a better soldier.

After the Army, he decided he could continue protecting others by going into law enforcement.  He started of working in the county correctional facility in Muscogee County, GA.  By observing and interacting with criminals who were guilty of everything from stealing to child molestation to violent crimes including rape and murder, he learned volumes about how criminals thought, acted, and manipulated others.

He then transferred to the Columbus Police Department and headed off to the State Police Academy where he was the Honor Graduate of his class.  Being a first responder to 911 calls, he saw the violence and devastation inflicted on victims and their families by the worst of society.  This is where he started realizing just how unaware and unprepared most people are in their daily lives.  It was becoming clear that when people were faced with violent criminals, they had no idea of what to do, even when there had actually been several options available.

A few years later, Cranford decided to rejoin the military.  This time, he joined the Air Force this time as a Communications Systems officer.  But it didn’t take long before he was also conducting combat readiness exercises and assisting with base security issues.  Cranford was eventually moved to a Wing position planning and conducting exercises for combat mobility, major accident response (aircraft crash or hazardous material release), terrorism response, natural disaster response, and more.  To make the entire community more prepared, Cranford created and facilitated the Joint Emergency Response Council.  This new organization brought together emergency responders from local, county, state, and federal agencies to train with the local military responders to ensure all units could work together and communicate effectively while providing cross utilization of all government assets at minimal cost in times of emergency.

After leaving the Air Force, Cranford went to work in state corrections, and later started his own company producing airbrush artwork. But shortly after that, the terrorist attacks of 9/11 happened.  Cranford immediately volunteered for and was accepted into the Federal Air Marshal program.

As he soon learned, many of the techniques he had learned in the law enforcement and military arenas would not work in the confines of a crowded aircraft.  But, thanks to the intense and continual training in non-conventional combat, close-quarters combat, surveillance, and counter-surveillance techniques, he was more than up to the task.

Several years later, a young lady who is like a daughter to Cranford was savagely attacked and raped in her own home.  She didn’t know how to respond and ended up suffering injuries that destroyed her ability to have children and that caused severe emotional and psychological trauma.  It was then that Cranford decided to start protecting people in a different way.  Instead of being there to protect them, he would create a program teaching them to protect themselves.

Drawing on 30+ years of experience, Cranford created LaBCaF and training that will work for anyone, regardless of size, age, or physical challenges.  It had to be as effective as what he learned over the years about how to fight and win when faced with danger, no matter how bad the odds were. But it also had to be simple enough that you could use it immediately, without years of training.

He continues to modify his programs to make them more effective and available while also producing other courses to get life-saving information into the hands of as many people as possible.