Are you willing to be a hero?

Being a “hero.”  That’s sounds like a real stretch for most people.

When you think of the term “hero,” what picture comes to mind?  A policeman?  A fireman?  A rescue worker? A soldier?

They can all certainly be heroes.  But the term “hero” doesn’t just belong to those men and women in high-risk careers.  It belongs to that person who stopped to help a stranger, who helped to feed the hungry, and so many more.

“Hero” isn’t a term we feel we can give ourselves.  We don’t give it to ourselves because when we do something to help or even save another, we don’t feel heroic.  We feel . . . human.  Our thoughts are usually something akin to “I’m not a hero, anyone would have done the same thing I did.” But that thought isn’t accurate.  The truth is that many people WOULDN’T do what you did.  They wouldn’t help the injured person.  They wouldn’t run into the smoking house to save the elderly man.  They wouldn’t stop the abuse of a child, spouse, or even an animal.  They wouldn’t stop the sexual assault or the abduction.  Many wouldn’t even call 911. 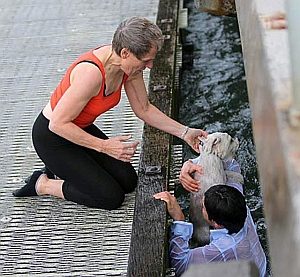 But some will.  Some people will decide that another person’s safety or even the safety of an animal is worth the risk of their own well-being.  They will pull the person from the car in the river.  They will pick up the lost child and keep them safe.  They will step in to stop the fight, the assault, the kidnapping, the rape.  They will call 911.  They will help to identify the criminal.  They will bring some groceries to the hungry family.

Being a hero doesn’t always mean risking your life.  It can be just risking embarrassment or social discomfort to help another.  It can even be a simple smile and a kind word or gesture.

As I think back on my life, as a rescue squad member, police officer, soldier, and more, I suppose there are people I’ve helped who may have considered me their hero.  But like I said earlier, I’ve never felt like a hero.  I’ve felt like a decent guy who helped someone out of danger.  But in someone else’s eyes, in their memory, maybe I was their hero.

I also remember the times that I’ve been saved.  As is the case with so many people, I’ve dealt with sorrow, depression, and guilt.  And many times, I couldn’t see a reason to keep going.  Those are very dark times for anyone, and they certainly were for me.  But, without even knowing what I was going through, there has always been someone who saved me.  Sometimes it was the author of a book or an article.  Sometimes it was the story of someone else who didn’t give up.  And occasionally, it was someone who made me laugh or smile just enough to bring me back from an edge they didn’t even know I was standing on.  Those wonderful people are my heroes.  But I doubt they felt like heroes.  They probably just felt like decent people being nice.

I would be willing to guess that you could think of several times in your life when someone did something similar for you.  They pulled you from danger.  They convinced you to not give up.  They convinced you to reach higher than you ever thought you could.  They fed your children when you didn’t have enough.  Or maybe they just hugged you until you had cried all the pain out, until you could stand up again.  They were your hero. 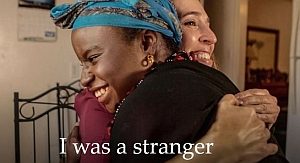 I bet you could also think of times when you’ve done the same for others.  Times when you did something that someone else thought was remarkable, courageous, selfless, or tender.  It probably didn’t feel special to you at the moment.  But to that someone you helped, it was and still is unforgettable.

When you read the title of this article “Are you willing to be a hero?” I could guess that your answer might be. . . uncertain.  I hope that you now realize that there are many times you have already been someone’s hero.  Regardless of who you have been, what you have, or where you’re from, you can still be someone’s lifesaver, someone’s hope.  You always have the potential and the power to make a difference in someone’s life.  That means you always have the power to help.

You only need be willing to step in and be human.  That is heroic.

Thank you to all the heroes who have been there for me.